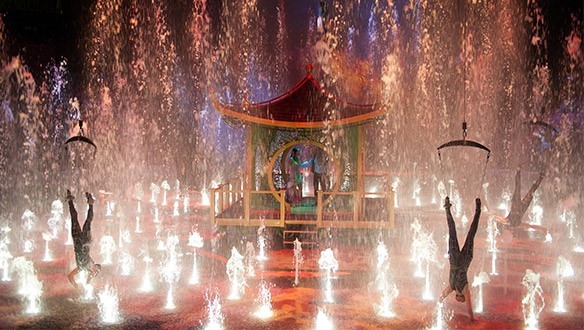 Just 40 miles from Hong Kong, Macao is one of Asia’s most exciting destinations. With its unique Portuguese-Chinese heritage, there is much more to Macao than its sparkling skyline. From elegant squares to crimson temples, deluxe hotels to spectacular shows and nightlife, Michelin-starred dining to Macanese fusion food, Macao offers travellers the perfect two or three-night stopover when visiting the Far East or en route “Down Under”.

The Portuguese arrived in Macao in the 16th century and their influence can still be clearly seen in the UNESCO World Heritage listed Historic Centre of Macao. Within the maze of streets, alleys and picturesque piazzas, visitors will find Taoist Temples and baroque churches all within walking distance of each other. Highlights include the atmospheric A-Ma Temple, the iconic Ruins of St. Paul’s and elegant Senado Square. 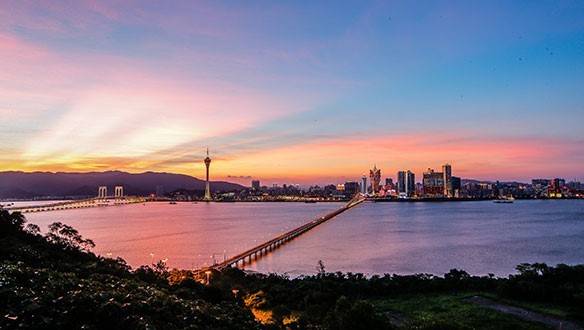 Macao comes to life when the sun goes down with a glittering choice of bars and nightclubs, and spectacular shows. The neon lights of the casinos and views of Macao’s dramatic skyline set the scene for rooftop cocktail bars, and highlights of the vibrant club scene include Pacha Macau. Not to be missed is the breath-taking water-based production The House of Dancing Water, undoubtedly one of the world’s most spectacular shows.

Macao hosts a calendar of colourful festivals and events that reflect its unique multi-cultural heritage and include the annual Chinese New Year celebrations and Dragon Boat Festival. Key highlights are the Macau Grand Prix which takes place every November, and the Macao International Fireworks Display Contest in September which sees expert worldwide teams produce dramatic shows above Macao’s sparkling skyline. 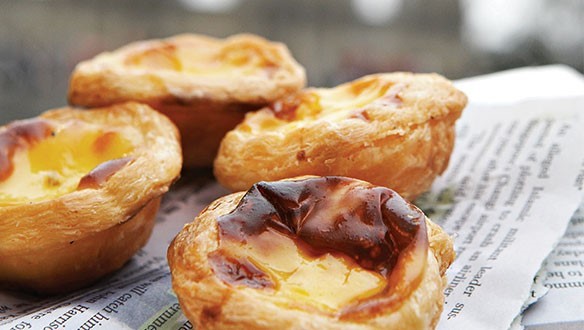 Macao has become one of Asia’s great gastronomic getaways offering a perfect blend of East-West cuisine. Its unique mix of Portuguese and Asian ingredients and cooking styles has resulted in a melting pot of flavours. Savour unique local Macanese fusion dishes; enjoy great Chinese food; dine at one of the 19 Michelin-starred restaurants; and sample some of the best Portuguese food outside Portugal including Pasteis de Nata (Portuguese egg custard tarts)! 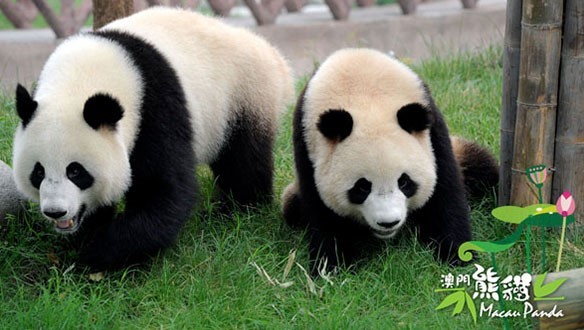 Macao offers a wide variety of outdoor attractions for those seeking a thrill, to the gentler pursuits in its picturesque countryside, visiting The Giant Panda Pavilion or array of museums. For adrenaline junkies, there is nothing quite like the Macau Tower, one of the world’s tallest towers at over 330 metres high, where you can sign up for the world’s highest commercial bungee jump.

If you’re interested in stopping over in Macao as part of an Australian adventure or when touring the Far East, then speak to one of our travel experts who will help put together a long haul itinerary for you.