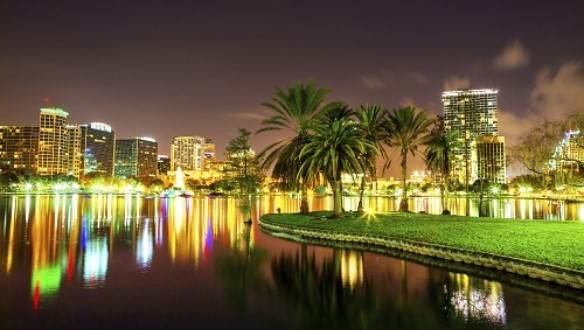 With the preconception that it is the place “where dreams come true” Walt Disney World in Orlando has a lot to live up to. When I went for the first time I was only 4 years old and yet I still remember the excitement I felt there.

Naturally our first stop was the Magic Kingdom. The second you see Cinderella’s castle you are instantly transported back in time to when you were a child and I found myself just as excited as I had been all those years before. It is like entering a bubble when you arrive at the parks, from the over enthusiastic staff to the atmospheric music and the rides technology there is no place on earth like it. I challenge anyone to enter the Magic Kingdom and not feel a sense of happiness and wonderment! A must do ride is the famous “It’s a small world” – it is not exactly a thrill seeking ride but it is a classic Disney experience. While some of the rides are golden oldies such as Space Mountain and Big Thunder Mountain the highlight at the Magic Kingdom has to be the Main Street Electrical Parade. Every night Tinkerbell appears from Cinderella’s castle and flies across the sky and “lights” the fireworks with a wave of her wand. The firework display is without a doubt the best I have ever seen and once the Disney music starts you would be hard pressed to not release your inner child! After this the floats travel down Main Street, each one lit up with thousands of lights - even some of the characters outfits light up. The parade includes all the main characters that any child would want to see and culminates in a patriotic American tribute complete with flags and a majestic eagle…you wouldn’t expect anything less, you are in America after all.

Disney’s Hollywood Studios is one of my favourite parks. The Studio Backdrop Tour is another must see showing you how fire and rain are created for films – prepare to get very hot and wet and as with most things Disney, expect the unexpected! For the thrill seekers amongst you the Twilight Tower of Terror is a must. The whole queue is themed, as with a lot of the rides in Disney, this is a good thing as you can be in a queue for hours. As you enter the lift you are taken on a history of the haunted hotel before being plunged in to total darkness. As you wait in pitch black you are unsure if you are going to drop 13 floors, shoot up or continue along the track…suffice to say with no warning you suddenly freefall the 13 floors before shooting back up. As you reach the top a window opens so you briefly get the most incredible view over Disney before it drops again. This is not for the faint hearted but if you think you can handle it, it is definitely worth doing.

The final theme park at Disney is the Animal Kingdom. Here you can go on safari in a jeep and feel like you are on the plains of Africa. We had a rhino pass right by our jeep and saw all manner of creatures large and small. This land is basically like a zoo on steroids, Disney don’t do things by halves as you will probably have gathered by now! The 4D “It’s Tough To Be A Bug” is great for all ages but be prepared to have giant bugs appear to be inches from your face. I won’t scare you with the part where they pretend to “lose rats” in the audience…let’s just say it feels very real! The great thing with this attraction is that the queue incorporates the famous Tree of Life so while you wait you can marvel at all the intricately carved animals that make up its trunk.

My favourite theme park in Florida is Universal Islands of Adventures. Any superhero fans will be in their element here with everything from the “The Incredible Hulk Roller Coaster” to “The Amazing Adventures of Spiderman.” The latter is one of a kind, it combines a thrill seeking ride with a 3D experience, as Spiderman swings down and lands on your car the vehicle you are in drops to indicate his weight. It is an incredible feat of engineering and if there is one thing you do while in Universal make sure it is this! Another amazing area in Islands of Adventure is the Jurassic Park section. It has been done so well that you actually begin to believe you are in in the film. The “Jurassic Park River Adventure” is great and sets off to the famous theme tune from the film and takes you on a journey past several species of dinosaurs. As with most rides in Florida, something suddenly goes wrong (made all the more dramatic by the tour guide) and your boat takes a detour via the T-Rex section…suffice to say it does not end well and is quite scary towards the end - but worth every second. Prepare to get absolutely soaked!

A top tip for all parks in Florida is when you enter to turn left as most people are inclined to turn to the right so you will avoid some of the crowds by doing the opposite. Another great idea is to go on rides during all the big parades and shows when most people will be there, but make sure you see them at least once! Some people have bad things to say about Disney, something along the lines of consumerism but there is no place like it and whether it is a form of escapism, regression or thrill seeking it is by far my favourite place. It is somewhere where happiness prevails, the impossible becomes real, where technology advances to create truly awe-inspiring rides and most importantly where dreams really do come true!