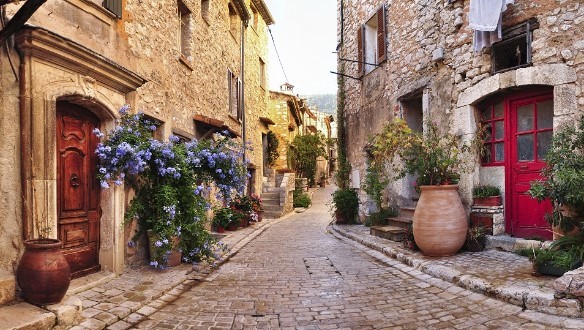 For most people who nip across the English channel, the northern French department of Pas de Calais is little more than a sprawling ugly port, a motorway and collection of hypermarkets. But there is so much more to this region than you may think.

Just 45 minutes’ drive south of Calais is the stunning medieval town of Montreuil-sur-Mer, the setting for part of Victor Hugo's novel Les Misérables. Hugo himself spent many holidays in the town and fell in love with its charming character which dates back to the 9th century.

Much of this fortified town remains unchanged from the time of Hugo’s Jean Valjean. Montreuil-sur-Mer is built mostly inside grand ramparts which have for centuries been the scene of many wars and tragedies. Every year at the end of July and beginning of August visitors get the unique opportunity to watch Les Misérables performed in an outdoor sound and light show - a must see for fans of the musical.

The picture perfect cobbled streets, lined by fine 17th century buildings makes this town one of the most beautiful in Northern France. There are fine restaurants, grand churches, two museums, interesting shops and a mouth-watering choice of patisseries and chocolateries. The town has a good range of hotels and even 300 year old townhouses to rent.

The view from the ramparts is stunning. Two towers of the 13th century royal castle still remain today. Inside the walls are two pretty squares, one of which hosts a market on Saturday mornings with produce from the rural area.

Despite the name, Montreuil-sur-Mer is no longer by the sea. It’s built on an estuary which has long since silted up. It is however only 20 minutes’ drive from the elegant seaside resort town of Le Touquet with its wide clean beach and great amenities for sports fans and families.

Montreuil-sur-Mer is ideal for a weekend or short break being so close to England. The town can be explored in a few days and the seaside resorts nearby make for a great week’s holiday for families.